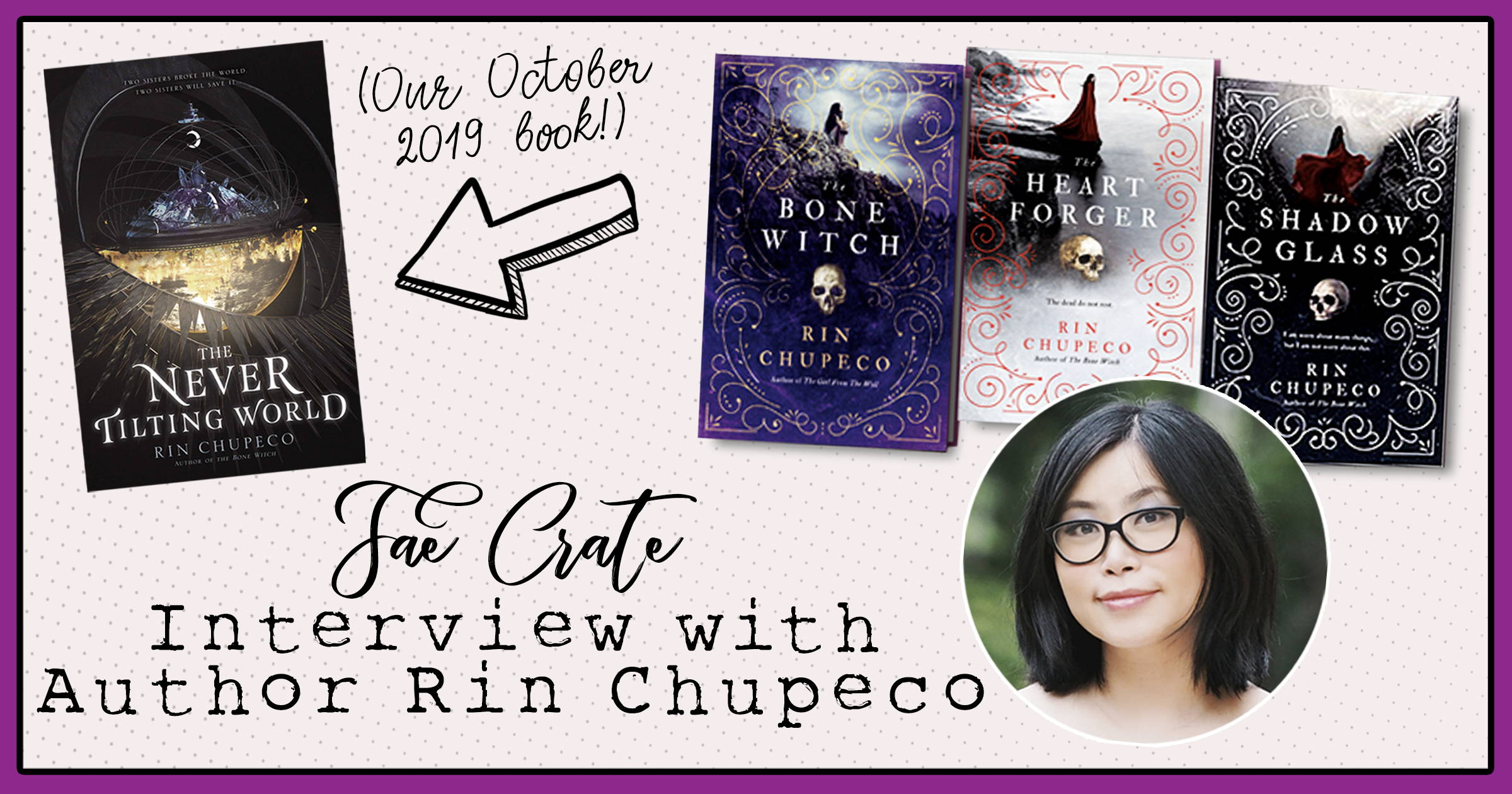 Our October 2019 book of the month was none other than The Never Tilting World by Rin Chupeco! From the first page it had us sucked in and hanging on for dear life. Rin Chupeco built a world the likes of which we'd never experienced before and we need the second installment in this series YESTERDAY.

Rin Chupeco is also the brilliant mind behind The Bone Witch series and the Girl From the From the Well. We are in awe of her and her writing style so an interview with this beautiful soul was a must! 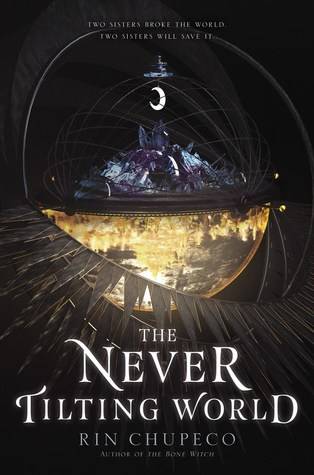 Generations of twin goddesses have long ruled Aeon. But seventeen years ago, one sister’s betrayal defied an ancient prophecy and split their world in two. The planet ceased to spin, and a Great Abyss now divides two realms: one cloaked in perpetual night, the other scorched by an unrelenting sun.

While one sister rules Aranth—a frozen city surrounded by a storm-wracked sea —her twin inhabits the sand-locked Golden City. Each goddess has raised a daughter, and each keeps her own secrets about her sister’s betrayal.

But when shadowy forces begin to call their daughters, Odessa and Haidee, back to the site of the Breaking, the two young goddesses —along with a powerful healer from Aranth, and a mouthy desert scavenger —set out on separate journeys across treacherous wastelands, desperate to heal their broken world. No matter the sacrifice it demands.

1. Where did you get the inspiration for The Never Tilting World?

The Philippines is easily one of the locations that will 100% suffer the immediate effects of climate change - a lot of places are likely to be underwater, and possibly in my lifetime, too. It's something people here tend to concern themselves more with than say, people in the US, simply because we know that once it hits, it's gonna hit us hard. While I've read a lot of books that addresses extreme changes in the weather along with how people cope in the face of it, I don't think I've read one that tackles the causes of it directly, and TNTW was born from that wondering. Me being me, I wanted to turn it up to eleven, so I thought: what if the whole planet was already visibly dying? How many people would step up to the plate to help save it, and how many people would simply wait it out and hope they die before everything finally goes to the crapper? What would people do if they think they've already survived the worst? But what if there's even worse to come? I did a lot of research on eyeball planets, which are stationary worlds that are permanently fixed between night and day, where parts of it can still be survivable. I took everything I learned from them, then added magic and goddesses!

2. Do you have a favorite character from any of your books that you have written? If so, who? What makes them so special?

I think I'm very partial to most of the characters in THE GIRL FROM THE WELL, simply because that book is my first ever baby (I like to joke that it's my autobiography couched as fiction). That said, Okiku, my ghost girl in that series, and I share similar worldviews, but it's Tark, the boy unfortunate enough to be haunted by every ghost within his reach, that has my personality and ridiculousness, so he tends to be my favorite. For THE BONE WITCH series, Fox and Zoya both have my personality traits as well, but in THE NEVER TILTING WORLD it's Arjun hands down who's my favorite because he's also a lot like me. Arjun is a smartass who mouths off a lot, and will fight if trapped in a corner, but he's loyal to a fault, rarely has crushes but will throw down if he does succumb, and probably acts a lot tougher than he really wants to be, as a defensive mechanism. The things they do or say in the books are absolutely things I would say (or have said) myself.

3. What were the biggest challenges you faced when writing this book?

Trying to make the science revolving around the world credible enough while at the same time introducing a magical system that made sense. Certain information from my research I tried my best to add in (The world slowing down to a standstill had to be gradual, for example. Otherwise, the world suddenly coming to a halt would send everyone and everything on its surface flying off into space! Or that stationary planets won't actually be habitable unless they're similar to eyeball planets, so I had to add in that description, but without any characters understanding the scientific terms for it!). Another big problem was the setting. I like worldbuilding and I think that's a big strength of mine, but my planet, Aeon, is unique in that its incredibly sparse. Most of its history has been lost to time, and there are many areas in the world that are inaccessible or unknown to my main characters. So the challenge was trying to build up a world that still felt lush and immense despite these setbacks!

4. How did you come up with the creatures in TNTW? Those sand dolphins! (heart eyes)

A huge influence was actually Avatar: The Last Airbender! There were a lot of animals there that are a strange hybrid of two different kinds of fauna, so I adopted that style for Aeon as well. The dolugongs are actually a combination of dolphin and dugong (hence their name). That said, there aren't a lot of animals in the world given most have died off, but a lot have been corrupted instead by the world's breaking, so those I focused on, using a lot of real life mythical counterparts. Aspidochelones are whales who were sometimes mistaken for islands. On the other side of Aeon, they're called devil whales. Each half of the world will have different names for the same kind of creatures, though I tried to make them a bit subtler! And then of course, I can't seem to write a book without adding demons into them. In TNTW they're called galla; underworld creatures with a parasitical bond with Aeon.

5. If your book were to be adapted into a movie, who would you choose to represent your main characters?

I would really love Cree Cocchino to play both twins Haidee and Odessa. She's great in Game Shakers and I feel she can really play both the optimistic, gungho Haidee and also the very vulnerable, wistful Odessa! Madison Hu is my first choice for Lan - I think she can portray her fierceness and also her vulnerability very well. For Arjun, I'm looking into Bollywood and getting the unsmiling, serious-seeming Aryan Khan to play his role. Physically, he's exactly how I envisioned Arjun!

6. Do you have any songs or soundtracks that make you think of TNTW?

Odessa's song: Above You - Sophie Morgan

Lan and Odessa's song: Sad Song - We the Kings

7. If you could be granted any elemental power, which element would you choose and why?

I've always liked to have been an airbender myself. I think being able to walk on air and manipulate the wind is something I've always liked, given the freedom of movement it offers. Using Aeon's magical system, that means I'd be a Skyrider, like Sonfei!

8. What advice would you give to aspiring authors?

If an odd little bloke from Manila, Philippines can make it as an author with books published in the US, then so can you! Remember that no one else can write the books you can but you! Also, the main reason I've been successful at this is because of the support (mentally, financially, etc.) from family, friends, and loved ones, so if you are fortunate enough to have a similar support structure, to not be ashamed about asking for help if you need it to write! (And I speak as someone who is extremely stubborn about asking other people for assistance!) 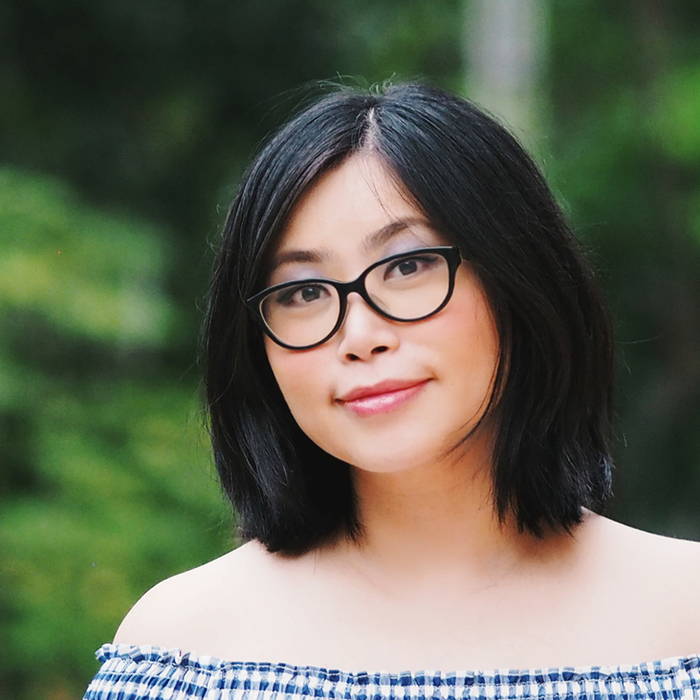 Despite an unsettling resemblance to Japanese revenants, Rin always maintains her sense of hummus. Born and raised in Manila, Philippines, she keeps four pets: a dog, two birds, and a husband. Dances like the neighbors are watching.She is represented by Rebecca Podos of the Helen Rees Agency.

For more information about the author and her upcoming projects go to rinchupeco.com or check her out on Twitter and Instagram!

The Never Tilting World was the featured book in our "Break the Wheel" Crate in October 2019! This box has sold out but we have a new one every month that features the best new Young Adult Fantasy and Sci-Fi titles! 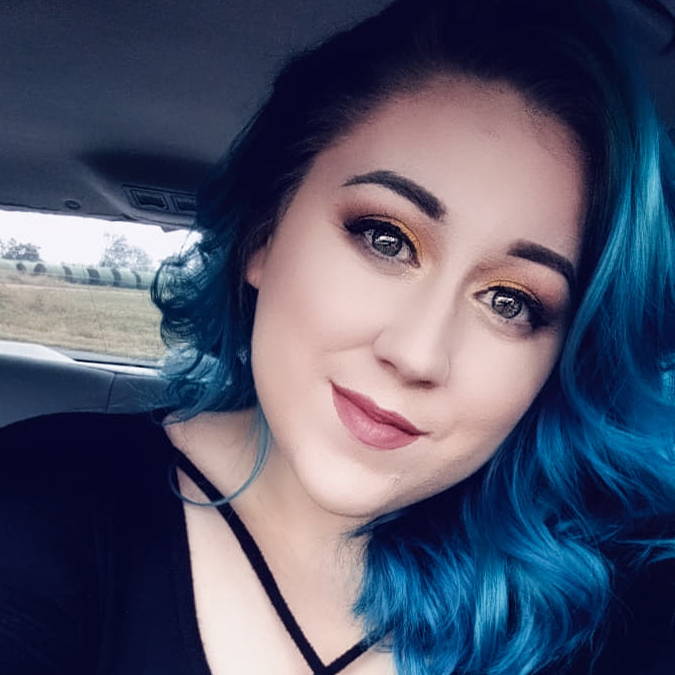