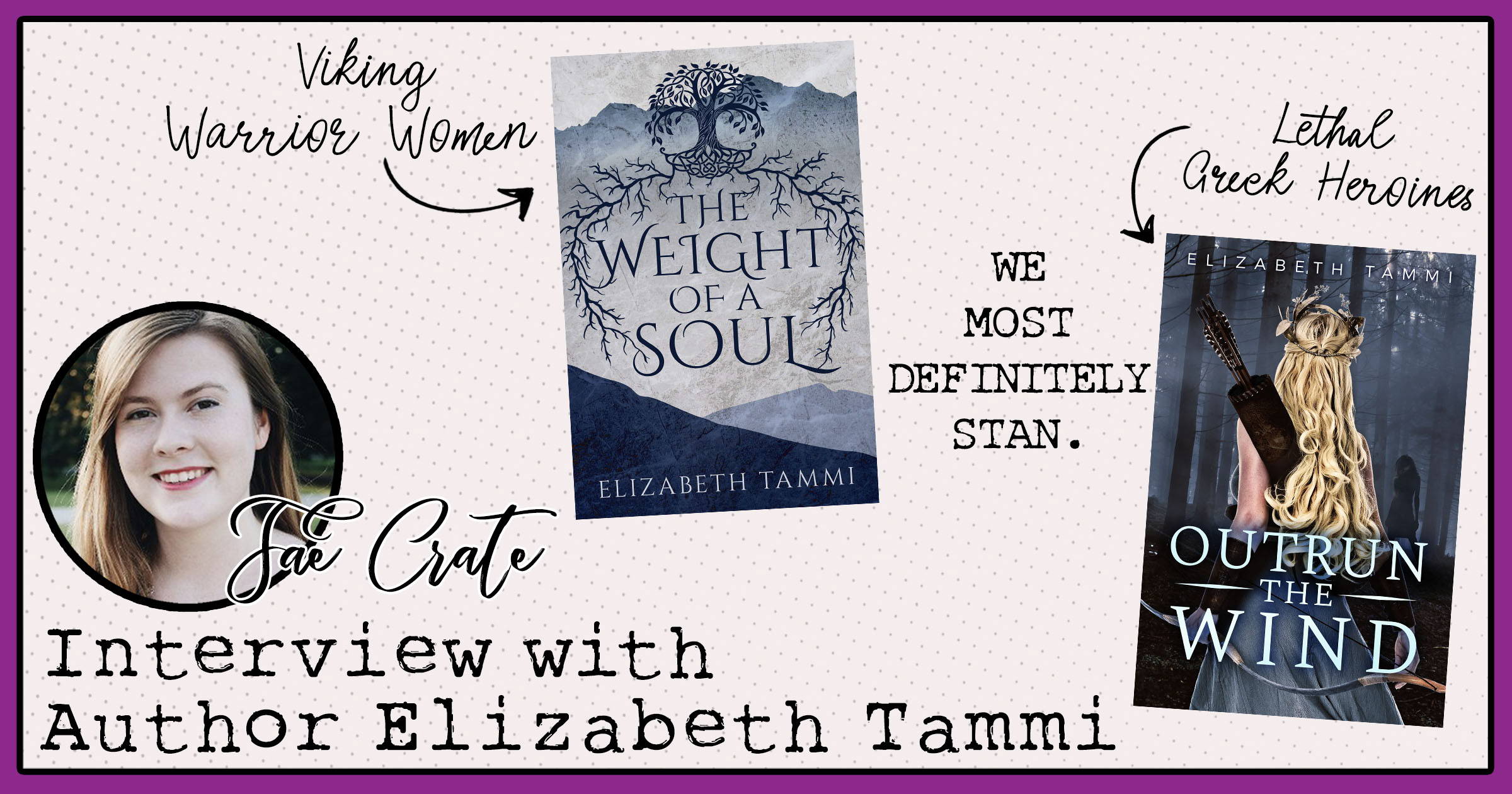 We are so excited to have had the honor to include two of Elizabeth Tammi’s amazing books in past Fae Crate boxes! In December 2018, we were able to include her debut novel, Outrun the Wind and in December 2019 we included The Weight of a Soul. Both books were hardcover exclusive editions produced for Fae Crate and were so beautiful! These two books are MUST READS and as a plus- they are page-turning STANDALONES.
Elizabeth Tammi is an author and full-time student. We are so excited to bring you an interview where she talks all about her books, managing a busy schedule and querying advice! But first- a little about the books! 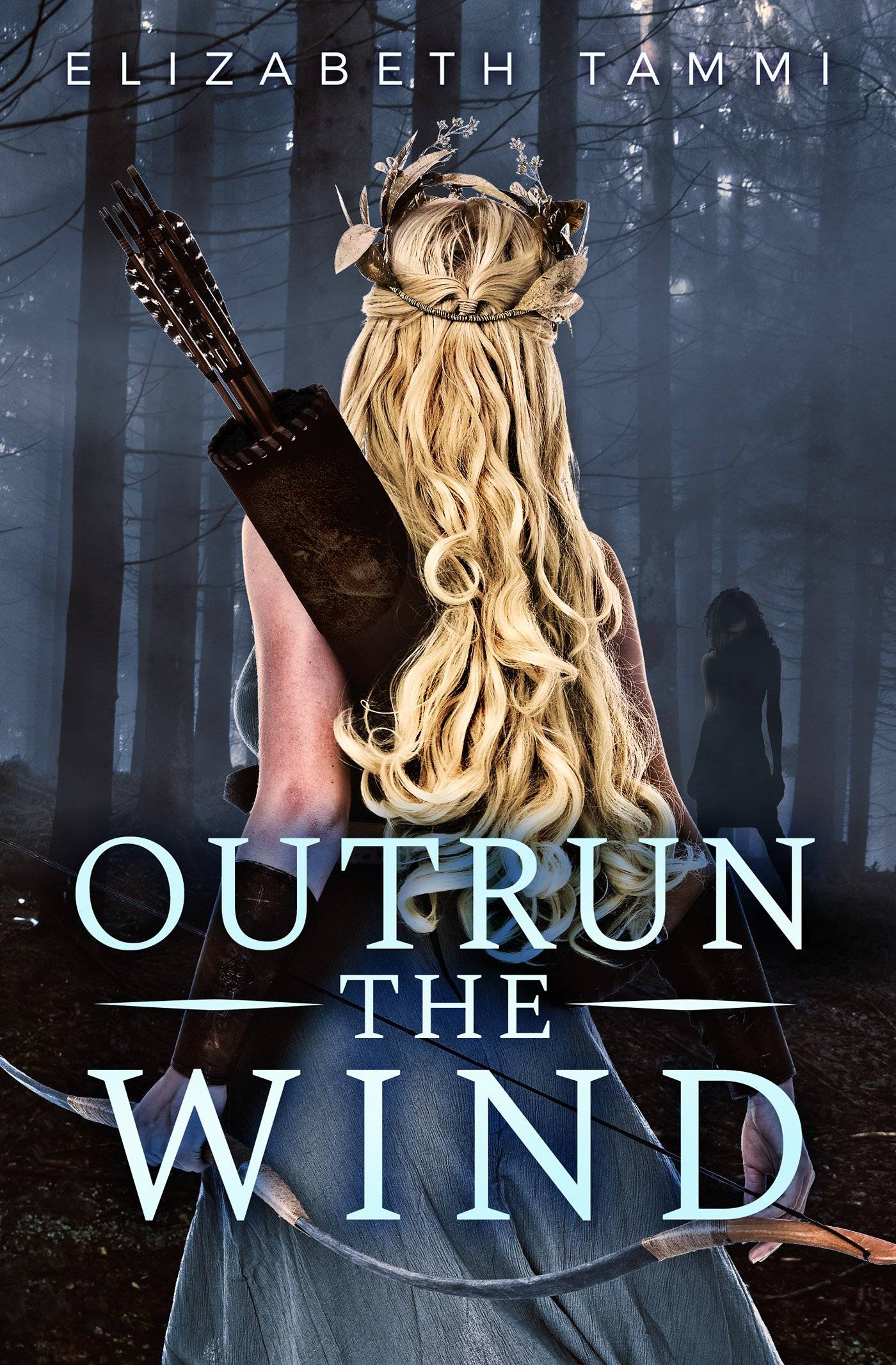 The Huntresses of Artemis must obey two rules: never disobey the goddess, and never fall in love. After being rescued from a harrowing life as an Oracle of Delphi, Kahina is glad to be a part of the Hunt; living among a group of female warriors gives her a chance to reclaim her strength, even while her prophetic powers linger. But when a routine mission goes awry, Kahina breaks the first rule in order to save the legendary huntress Atalanta.
To earn back Artemis’s favor, Kahina must complete a dangerous task in the kingdom of Arkadia— where the king’s daughter is revealed to be none other than Atalanta. Still reeling from her disastrous quest and her father’s insistence on marriage, Atalanta isn’t sure what to make of Kahina. As her connection to Atalanta deepens, Kahina finds herself in danger of breaking Artemis’ second rule.
She helps Atalanta devise a dangerous game to avoid marriage, and word spreads throughout Greece, attracting suitors willing to tempt fate to go up against Atalanta in a race for her hand. But when the men responsible for both the girls’ dark pasts arrive, the game turns deadly.
Goodreads
Amazon

The Weight of a Soul 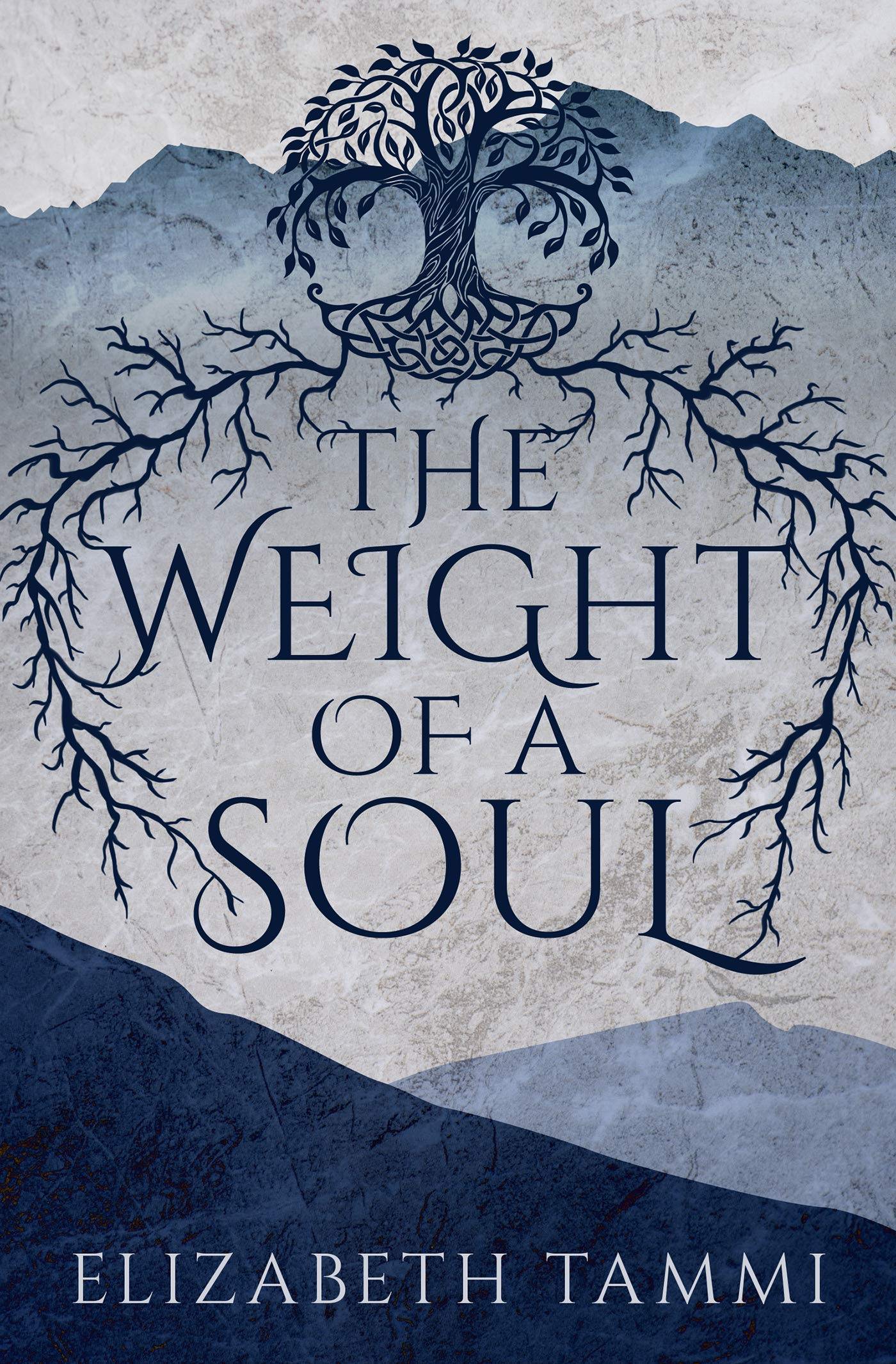 When Lena's younger sister Fressa is found dead, their whole Viking clan mourns—but it is Lena alone who never recovers. Fressa is the sister that should've lived, and Lena cannot rest until she knows exactly what killed Fressa and why—and how to bring her back. She strikes a dark deal with Hela, the Norse goddess of death, and begins a new double life to save her sister.
But as Lena gets closer to bringing Fressa back, she dredges up dangerous discoveries about her own family, and finds herself in the middle of a devastating plan to spur Ragnarök –a deadly chain of events leading to total world destruction.
Still, with her sister's life in the balance, Lena is willing to risk it all. She's willing to kill. How far will she go before the darkness consumes her?
Goodreads
Amazon

1. During workshops for your books, what's the best advice/piece of critique someone gave you?

My editor reminded me that tension can only reach a peak if there are valleys to give context to that height. Basically, as an early writer I was very plot-driven to the point where my drafts had something drastic happening in every single scene. That's okay to an extent-- of course, every scene should move the story forward in some sense-- but I was glad she pointed this out to me because it's also so crucial to have moments and scenes that are less tense in order to let the reader breathe and also establish a more deliberate, straightforward sense of characterization and relationship development.

I like all these platforms for different reasons-- I think Twitter has just this enormous wealth of information and support within the publishing industry, but I really enjoy the way Instagram is set up. (Of course, I think it's important to keep in mind that all social media accounts are mostly tailored "highlight reels" and should be viewed as such!) I've been on Tumblr the longest (since my middle school days in 2012) and I get a lot out of the community aspect there. Having that network as both as aspiring writer and voracious reader during my middle and high school years meant so much to me, and I like that Tumblr users are more focused on a shared enthusiasm for stories; because of that, I think that generates a much more laidback, genuine use of social media. It's hard to choose a favorite among these three, but I have to admit I think I feel the most relaxed and organic when using Tumblr.

3. I heard you love Rick Riordan! What characters from his books and yours would be friends and why?

He's the best! I wanted to be an author before I read his books, but reading his stories was what propelled me to take concrete action toward that goal because his characters truly impacted my whole upbringing. Growing up in tandem with his cast of characters as a tween and teenager was such an incredible gift. I think that Annabeth Chase would absolutely want to be best friends with Atalanta from Outrun the Wind. I mean, Annabeth even references Atalanta in Percy Jackson and the Olympians. I might be mis-remembering this, but I'm also fairly certain Riordan once said in an interview that Annabeth was loosely inspired by Atalanta. If that's true, I definitely see it. From The Weight of a Soul, I feel like Lena would get along well with Nico di Angelo. Both of them understand what it's like to lose a sibling, and have a strange relationship with the realms of the dead. They could probably talk to each other about things that no one else would understand.

4. What helps you manage your time between being a student and an author?

It's definitely not super easy, but surprisingly, I think it's benefited my time management skills. I don't really know why this is, but I've found that I'm far more productive with my writing when school is in session versus when I'm on a break. Having these big writing projects-- both before and after I was under contract-- motivated me to get through my assignments quickly but carefully so that I would have time to work on my books. It was way easier when I was a freshman compared to my daunting course-load as a junior, though. Thankfully, I've always had very supportive roommates and professors who offered encouragement along the way. Being an author and a full-time student has meant that I've unfortunately developed a slight caffeine dependency and sometimes have to stay up way later than everyone else, but I wouldn't sacrifice it for the world. Besides, I think it's the same situation so many writers are in. I'm beyond impressed by authors with full-time jobs or kids or both! In college, I just have to worry about myself-- nobody is dependent on me for support, financially or otherwise, which makes it easier for me to manage my time on my own terms.

5. What character was the most fun to write?

I really had a wonderful time with Outrun the Wind by getting to make Atalanta my own. She was a figure from Greek mythology who felt so compelling, but also so distant and confusing, for such a long time. Getting into her head and putting my own spin on her stories was an incredible process that I enjoyed every step of the way, no matter how frustrating it got. With The Weight of a Soul, I loved writing Amal. I have such a soft spot for him, and feel so bad for all he had to go through during the story, haha!

6. If you could have a Greek-godly parent who would you choose and why?

Maybe this is just because Annabeth Chase has been my favorite fictional character since forever, but I think I would want Athena to be my godly parent. Athena is absolutely problematic and not-so-nice in a lot of myths, but in either case, at least she is whip-smart and unrelenting and independent. Out of all the Olympians, I would want to be aligned with her.

7. After your querying days, what is the most important lesson you carried with you?

Keep busy! I think this is something that applies to a lot of scenarios, whether you're waiting to hear back from an agent or editor, or from a job or school application. It's easy to make yourself sick with nerves by staring at your phone and refreshing your email. This might sound a bit defeatist, but when I hit 'send' on a query or application, I try to mentally forget that I even applied and start thinking about where else and who else I could reach out to. Keep your options open, and work on the next story idea you have while waiting to hear back about the one you're querying with. Query in batches, though. I'd say send maybe five, maybe ten max, per week, and see what happens. Do your research and cater your letter to the agent or house you're querying. Don't bother sending anything from mid-November to mid-January...publishing basically shuts down during that time frame, so plan accordingly. Above all, keep your eyes forward and don't fixate! Easier said than done, of course, but publishing is a long, slow game.

8. If your main characters had to dress up for Halloween who would they be?

Maybe this is just because I was listening to the Wonder Woman (2017) score so often during the process of writing and revising Outrun the Wind, but I can see Atalanta wanting to dress up as Diana. From The Weight of a Soul, I think Lena, Fressa, and Amal might dress up as the main trio from Frozen-- Elsa, Anna, and Kristoff, respectively. There are some similar dynamics going on there, to an extent! Plus, they're all so close that I think they'd love the idea of doing a group costume whenever possible!

8. If you could choose one song to describe one of your characters what would it be?

Lena from The Weight of a Soul absolutely aligns with the song "If I Say" by Mumford & Sons. I remember randomly listening to it during the drafting stage and just losing my mind at how closely the lyrics reflect what she's going through in the book. 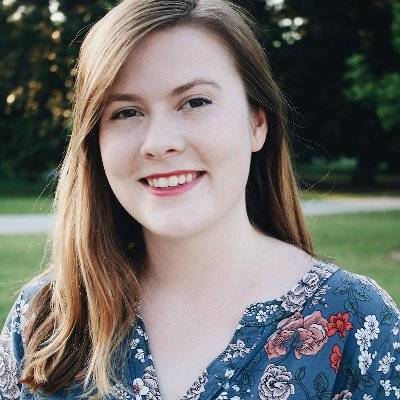 Elizabeth Tammi was born in California and grew up in Florida, but is currently double-majoring in Creative Writing and Journalism as an undergraduate at Mercer University in Georgia. When she’s not writing, you can probably find Elizabeth at work for her university’s newspaper and literary magazine. Her other interests include traveling, caffeinated beverages, and mythology.
If you like Outrun the Wind and The Weight of a Soul then you will love:
-The Lighting Thief by Rick Riordan
-Graceling by Kristin Cashore
-Her Royal Highness by Amanda Hawkins

For more information about the author and her upcoming projects go to elizabethtammi.com or check her out on Tumblr,  Twitter or Instagram!

We featured Tammi’s amazing books in the December 2019 and December 2018 crates.These boxes have sold out but we have a new one every month that features the best new Young Adult Fantasy and Sci-Fi titles! 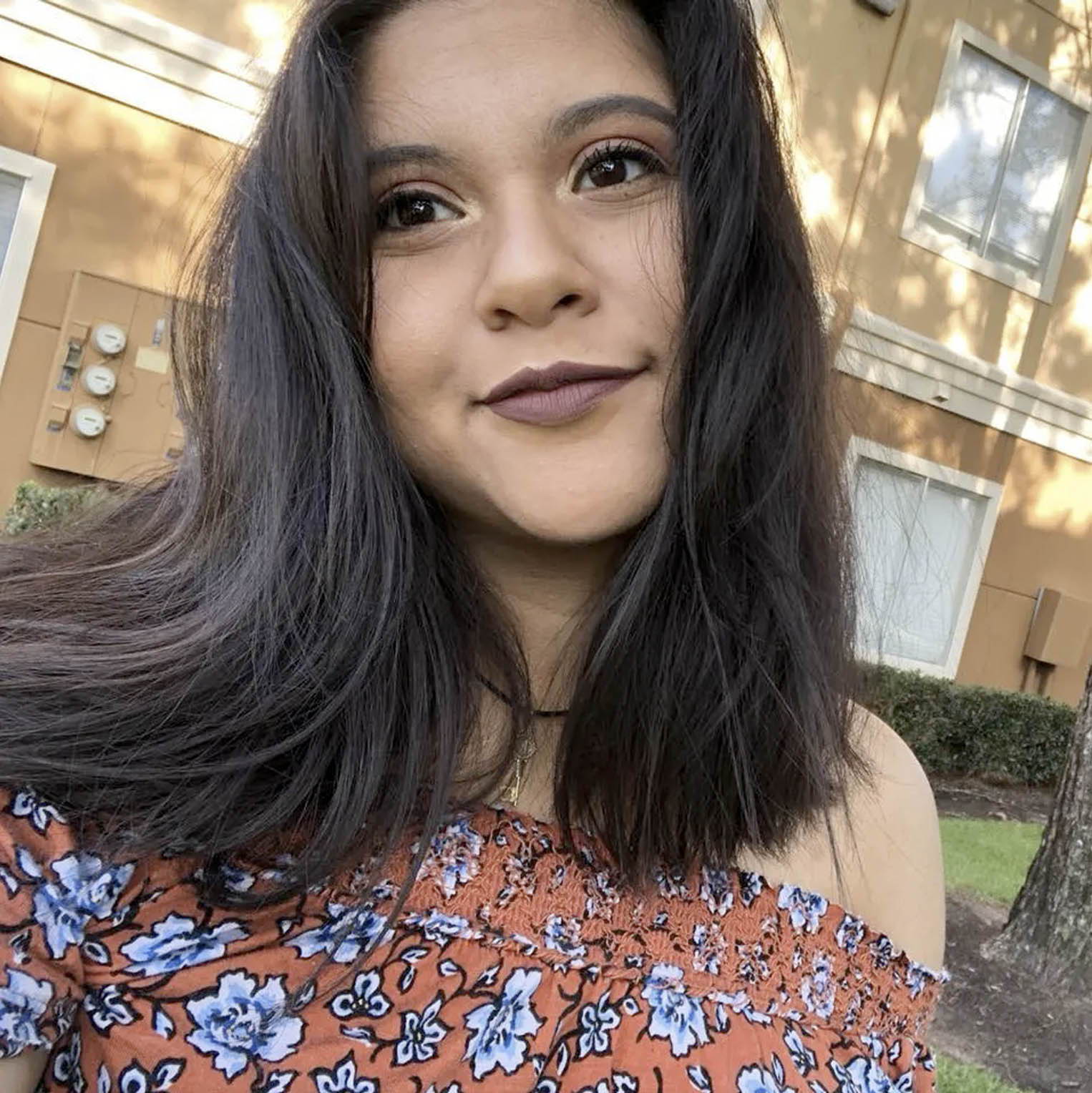